Once upon a time, before the industrialization of the world, people used to raise their own livestock for food.

These days, it’s all about feeding the world and turning a profit at the same time, and part of that involves using steroids in food.

Here’s what you need to know before you take your next trip to the grocery store.

You’ll also learn whether this is something that should concern you or not. 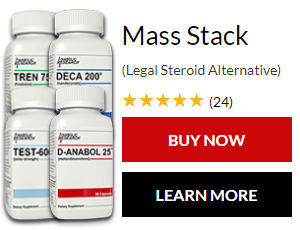 How Long Have there Been Steroids in Food?

The FDA, or Food and Drug Administration, approved the use of many steroids and hormones in livestock back in the 1950s.

They’re still being used in beef cattle and sheep to this day, and they include everything from testosterone, estrogen, progesterone, and synthetic versions of these.

While the FDA claims they only approve such drugs in livestock once studies have proven their safety, there is some concern about the amount of steroids in food and the effects those steroids are having on the people who consume them regularly.

It’s important to keep in mind, also, that different countries have different guidelines when it comes to the use of steroids in food.

Be sure to research your country to find out what kind of steroids in food you might be exposed to.

Do Steroids in Food Cause Early Puberty?

One of the biggest concerns in the United States is whether the addition of steroids and other hormones to livestock is affecting the ages at which children enter puberty.

Over the last few decades, studies have collected data proving that children are entering puberty at younger ages than ever before.

In fact, one study in 2010 showed that twice as many girls are entering early puberty now than only a decade ago.

After examining external and environmental factors, the most likely cause is the hormones in their foods – especially in the non-organic milk they drink.

Though studies suggest that steroids in food may be causing early onset puberty, it is still just a theory.

The FDA continues to allow corporate farms to give steroids and other hormones to their livestock despite many petitions and questions as to its safety.

Why Give Livestock Steroids, Anyway?

Since the 1950s, mankind has shifted away from self-sustenance and more toward reliance on food from markets and farmers.

As a result, the farms responsible for producing things like meat and milk must find ways to get more out of their livestock than ever before.

Just as anabolic steroids can increase muscle mass in humans, it does the very same for cattle.

Farmers who give their cattle steroids, for example, get more pounds of meat out of each head of cattle than those who do not.

In some cases, the right combination of hormones can cause their Dairy cattle to produce more milk, resulting in more products going to market.

This means more food for the masses – and, of course, a larger profit, too.

Which Steroids in Food Should Worry You

Depending on where you live, steroids in food may vary.

The chart below shows some of the most common ones (such as Trenbolone) found in North America and parts of Europe.

Of course, the real question is whether these hormones and steroids will have any effect on you if you consume them.

Per the US FDA, the answer is no – each of these products is 100% safe for human consumption.

However, according to certain advocacy groups and those who promote organic means of raising livestock, this simply isn’t true.

Some of the claims made by these groups include:

Hormones and steroids in food cause early puberty.

This is still being studied, but early evidence does suggest a link.

Steroids in food may increase the risk of certain cancers.

In some cases, this is mere rumor.

However, studies have shown that some of these hormones in large amounts truly does increase cancer risk.

There are no studies showing the risk of consuming very small amounts over large periods of time.

Some hormones may affect both the male and female reproductive systems, particularly when consumed by children.

Which Foods Have Steroids in Them?

Most of the mass-produced meats you buy in your grocery store will have some amount of hormones in them unless they are certified organic or labeled as hormone-free.

Chicken, turkey, beef, veal, beef liver, and lamb are all included in this.

Of course, even organic meat will contain trace amounts of testosterone and Estrogen since these animals rely on those hormones just as humans do.

Aside from steroids in food we eat, we also consume foods that contain high amounts of steroid precursors.

These include androstenedione, hydroxyprogesterone, pregnenolone, and others – all of which are required for the production of steroids.

These are plant-based substances that act much like estrogen in the body.

Most of the time, when discussing the notion of steroids in food, it is about livestock and the exogenous steroids they receive to boost their growth.

However, there is some evidence that even plants have substances that contain natural steroids.

These steroids, called phytoecdysteroids, have been clinically shown to possess hepatoprotective (liver-friendly), hyperglycemic, adaptogenic, and even anabolic properties.

Many foods you might already eat have phytoecdysteroids, too.

Quinoa – There’s a reason why so many people call quinoa a “superfood”.

It has many, many compounds that will help keep you young and healthy – including phytoecdysteroids.

In just 50 grams, there are 18.25mg of these healthy little hormones.

Spinach – Rich in iron and many other nutrients your body needs, Spinach should already be a staple in your diet.

Whether you prefer it raw in a salad or cooked alongside lean protein makes no difference; every 450 grams contains 45mg of phytoecdysteroids.

Suma root – Though not as popular as quinoa and spinach, suma root is typically sold as a tonic or capsule in the supplement section of your local grocery store, drug store, or department store.

Studies have shown that it’s a powerful all-natural testosterone booster, a skin enricher, and an amazing means of promoting both male and female reproduction.

Pine pollen – Again, pine pollen is difficult to find in some locations, but the internet is a great place to start.

Analyses have shown that it contains androsterone, androstenedione, and testosterone in small amounts.

With this information in mind, you may wonder whether consuming foods like quinoa and supplements like pine pollen will have any effect at all on your body.

In truth, it depends on your body and the way it handles these steroids.

Men who have never used anabolic steroids and who are on a journey to Get Fit may find that pine pollen and suma root can boost their efforts and help them feel better, overall.

Conversely, men who have used anabolic steroids many times in the past and who have already reached peak fitness may find that these steroids in foods and supplements do very little.

Regardless of your fitness level, incorporating these things into your diet never hurts.

What Food Should You Avoid?

It’s up to you to decide which kinds of foods you want to buy, but if you’re concerned about exogenous steroids and hormones in milk, meat, eggs, and other products, you can buy certified organic products; these animals were never given any form of exogenous hormones.

Again, bear in mind that all meats will contain trace amounts of these naturally.

Otherwise, most people have been consuming mass-produced meat since the 1950s, and while early data may show a link between these steroids in food and early puberty, it’s a very weak link and one that remains to be proven.

Chances are good you can continue to eat the same foods as always without concern.

Steroids in food aren’t uncommon, whether they occur naturally in animals or are given exogenously to improve yield.

In fact, even some of the healthiest foods in the world contain phytoestrogens which can have much the same effect on the body as estrogen itself.

It’s up to you to decide how important these steroids in food truly are for yourself and your family and act accordingly.