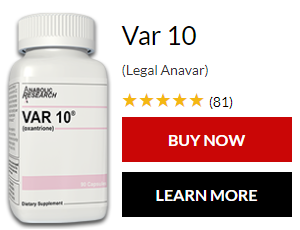 Oxandrolone is the chemical name for a steroid brand called Anavar, which is one of the most potent and popular steroids available in the performance enhancement world today. It improves the body’s anabolic state, which facilitates increases in size, strength, and mass, but Oxandrolone Anavar was first used in the medical world to treat muscle wasting conditions. In some cases, it still is. It’s particularly popular for those who want to boost strength or maintain muscle during a cutting Anavar cycle.

Anavar was first introduced in the early 1960s by researchers at Searle Laboratories, a company long known for its research and production of anabolic steroids in those days. After decades of research showing how steroids caused people and animals alike to gain weight, Searle created Oxandrolone Anavar to treat muscle wasting that was a side effect of many autoimmune disorders. Later, after the discovery of HIV/AIDS, it became one of the leading early treatments for symptoms associated with that disease, as well. Not only did Oxandrolone help these individuals maintain more of their existing mass, but it also helped them gain weight and even improved their musculature.

Of course, as time went on, scientists and researchers discovered other uses for Oxandrolone Anavar. For example, it was discovered that this compound significantly increased the production of red blood cells, which made it invaluable in treating severe cases of primary or secondary anemia. They also discovered that Anavar had the ability to act as a diuretic, so it became a go-to medication for patients with hereditary angioedema, or a condition in which swelling of the face and airways can occur due to an abnormal immune response. 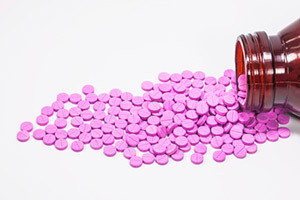 When it comes to performance enhancement, the benefits of Oxandrolone Anavar are much the same as in the medical world. Increases in red blood cells can make workouts more efficient because these very cells carry more oxygen and nutrients to the muscles. Anavar also aids in nitrogen retention, which is the reason why it can help in the maintenance of muscle tissue. Thanks to its ability to boost the body’s anabolic state, it makes it easier to gain new muscle, too. For this reason, athletes turn to Anavar For Bulking, cutting, and even strength.

For men, Anavar is primarily used for cutting and strength cycles. That’s because it cannot facilitate the same massive gains in men as other steroids. In men, Oxandrolone Anavar is most well-known for its ability to maintain muscle mass during cutting phases and provide a ripped, lean-looking Physique that they could not otherwise achieve. Anavar also provides incredible strength and power gains, allowing men to get more out of their workouts than ever before.

In women, Oxandrolone Anavar is the go-to steroid for adding bulk and mass. Their bodies react more favorably to the enhanced anabolic conditions, which means they can pack on up to 20 pounds of lean muscle mass at just a fraction of the Anavar dosage of their male counterparts. When women decrease the dose, Anavar can be used for cutting and strength gains in female athletes, too.

Dosing Anavar can be a bit confusing at first, especially when you buy Anavar online since there are no real dosing instructions included. This compound has a massive dose range depending on experience, goals, and gender. In the chart below, you’ll find minimum and maximum doses for both genders based on goals. This should help you choose a dose based on your experience level. If you’re a beginner, start with the minimum dose and work your way up. If you’re a more advanced user, start with a dose somewhere in the middle and slowly increase it up to the maximum.

Though some men report using as much as 140mg and some women claim they can tolerate 40mg, this is typically not recommended. On average, a maximum dose of 100mg for men and 30mg Anavar for women represent the doses at which the side effects risks increase, but the benefits do not.

Side Effects of Oxandrolone Anavar

Despite the fact that Oxandrolone Anavar is one of the most common and mildest steroids in existence, it is not without the risk of Anavar side effects. Men and women may experience different side effects, too. Both men and women may experience side effects like acne, oily skin, gastrointestinal issues, liver damage, Mood changes, and libido changes, and these may range from mild to severe depending on your dose. They often get better with time, but if they become bothersome, you should back down your dose or discontinue Oxandrolone Anavar altogether.

When you want an anabolic steroid that is milder but still more powerful than most, there’s nothing quite like Oxandrolone Anavar to get the job done. Today’s Anavar for sale is quite expensive compared to other anabolic steroids available today for these reasons, but if you want the best of the best, it’s worth the time and money to buy Oxandrolone Anavar from a reputable merchant.