Many bodybuilders consider methandrostenolone, or Dianabol, to be the king of all anabolic steroids.

It was first developed in the 1950s by an American Olympic coach who noticed the Russian Olympic team suddenly performing far better than athletes in other countries.

After a discussion with the Russian coach who claimed his athletes used testosterone, and after some work in the laboratory, Dianabol was created to be the more powerful answer that would give American Olympic athletes a competitive edge.

Once American athletes regained their competitive edge and virtually dominated the Olympic games, other athletes, including bodybuilders, gained interest.

By the early 1970s, Dianabol could be found in gyms nationwide, and people were using it to gain astonishing amounts of muscle very, very quickly.

These same individuals experienced phenomenal increases in strength, stamina, and overall performance, which continued to drive the steroid’s popularity well into the 1980s and early 1990s.

The Reagan administration deemed Dianabol unsafe, and it was banned from being used by Olympic athletes.

By the 1990s, the US government had made it a controlled substance, and it was officially illegal.

This was very unfortunate for bodybuilders of the time.

Prior to the criminalization of anabolic steroids, they had used methandrostenolone to gain three to five pounds every single week – and up to 30 pounds in one short cycle.

Those who used it were outperforming their peers, and everyone wanted to get their hands on it.

The social stigma that now surrounds the use of anabolic steroids came from this desire for strength; athletes and bodybuilders often used far more than recommended, which led to undesirable side effects like gynecomastia, the term coined “’roid rage”, and in some cases, even fatality.

Where to Find Dianabol Today 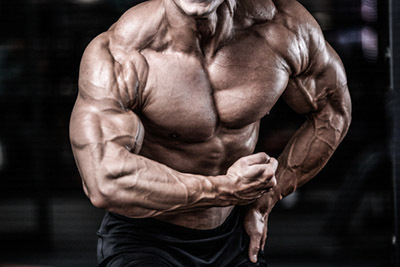 These days, Dianabol is only truly legal in a handful of countries that have no regulations (or very few) surrounding the use, sale, or possession of Anabolic steroids.

Unfortunately, in many of these countries, there are no regulations regarding the manufacture of anabolic steroids, either, which means there’s no guarantee that you’ll get the dosage or product listed on the container.

For some, this is merely a frustration; for others, it’s proven deadly.

For this reason, should you choose to purchase Dianabol, make sure you’re getting it from a trusted source.

Remember that if you choose to use it in a country where it’s deemed illegal, you are assuming a great deal of risk and the legal penalties can be harsh.

Possession of steroids can come with huge fines and lengthy jail sentences in some areas. 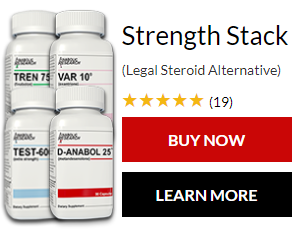 You can also purchase products that are designed to mimic the effects of various steroids, and some of these are exceptionally good at what they do.

The best part is that the ingredients in those products are 100% legal, which means there are no repercussions associated with buying, possessing, or using them.

Often, they’re far less expensive than the actual steroids themselves, too.

Dianabol is often called the “king” of all steroids, and for good reason.

It’s potency is easy to see when compared to other anabolic steroids.

The chart below serves as a point of comparison for various anabolic steroids, and it provides both their anabolic and androgenic ratings.

Things to Remember when Using Dianabol

When using methandrostenolone (also called Dbol in athletic circles), it’s important to be aware of the potential implications as they pertain to your health.

This is a very potent and powerful steroid, so it’s vital that you follow usage guidelines very carefully.

Limiting your dose and your DBol cycle length, as well as taking products like milk thistle, can help negate this risk.

Oily skin and acne – This is a very common side effect associated with hormonal fluctuations, and it’s one that you can remedy with over-the-counter acne preparations, such as medicated astringents.

This usually only happens at doses well above those recommended, but if you experience it, it’s important to reduce your dose or stop using Dbol altogether.

However, if you’re genetically predisposed to the condition, it can certainly accelerate it.

For this reason, you should use methandrostenolone at your own risk if baldness runs in your family.

Gynecomastia – Because Dianabol converts to Estrogen in your body, there’s a strong likelihood that you’ll experience some symptoms that are related to the overabundance of that hormone.

One of these, known as Gynecomastia, describes a condition in which men develop female breast tissue.

This condition is often permanent and requires surgical intervention.

Fortunately, by using aromatase inhibitors like letrozole or Arimidex in your methandrostenolone cycle, you can stop estrogen conversion and avoid these symptoms.

Though this may not be an issue in otherwise healthy men, it can be a serious problem for individuals who have been diagnosed with hypertension.

Edema – Edema, or water retention, may range from very mild and almost unnoticeable to severe and life-threatening.

If you experience any significant swelling of your face or extremities, you should stop using Dbol and seek medical attention.

This may lead to congestive heart failure, which is a condition in which fluid surrounds your heart.

For these reasons, you should not use Dbol or other steroids if you have a preexisting heart condition.

Worsening lipid profiles – Dianabol may cause lower levels of LDL cholesterol, which is necessary for the regulation of HGH, or “bad” cholesterol.

This can cause plaque buildup, leading to a heart attack or stroke.

Do not use methandrostenolone if you have been diagnosed with high cholesterol.

Testosterone suppression – Finally, because Dbol binds to the same receptors as testosterone, your body will gradually stop producing its own testosterone.

For this reason, it’s important to incorporate exogenous testosterone into your Dianabol cycle, and it’s also important to use a product like Clomid or Nolvadex according to directions for post-cycle therapy (PCT).

These medications will help your body start producing its own testosterone again following your cycle.

Failing to implement PCT may lead to side effects like low libido, muscle loss, increased fat stores, chronic Fatigue, irritability, and in some cases, testicular atrophy.

Methandrostenolone (Dianabol) is a very popular and very potent anabolic steroid that can provide you with significant muscle, strength, and stamina gains in short order.

However, because of its potency, it should be used responsibly and with a great deal of discretion.