Also known as drostanolone propionate (C₂₃H₃₆O₃), Masteron is a synthetic anabolic steroid derived from DHT. Most commonly available as an injectable serum, it was originally developed by a pharmaceutical company named Syntex in 1959. But Masteron was not released to the public until 1970. Syntex also created other brand names for drostanolone propionate, which included Metormon and Masteril. Later, Syntex gave another pharmaceutical company named Lilly the right to manufacture and distribute Masteron, and they released it under the brand name Drolban. While they are all the same, Masteron is still the most well-known, and more people buy Masteron than any other brand today.

Profile – What Is Masteron?

Masteron was originally used for medical purposes, and namely for treating breast cancer. Bodybuilders discovered it a few years later and used it for cutting with a great deal of success. Though Masteron is still manufactured and is still approved by the FDA, doctors no longer prescribe it. This is because there are other medications and treatments that have fewer side effects – particularly for women.

Masteron’s propionate ester is quite short, which means Masteron is fast-acting and short-lived. In some cases, you may be able to buy Masteron enanthate, which is attached to a longer ester that makes it longer-acting. This means it does not require injections as frequently, but it is only manufactured in underground laboratories and is considered quite rare when compared to its propionate form. While some steroids are known for their estrogenic effects, Masteron is quite the opposite. 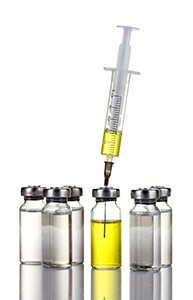 In fact, it has quite strong anti-estrogenic effects, and this makes it ideal for men who are especially sensitive to estrogen. When used in the right stack and cycle, many men find they do not need to use aromatase inhibitors, which can add more expense to the cycle. Despite the fact that it carries low anabolic and androgenic ratings, it can enhance fat loss and boost the metabolism at a rate much greater than testosterone.

While it doesn’t promote much in the way of gains, and while it has never been used in medicine to treat muscle-wasting conditions, it is a vital part of many cutting phases, and it can significantly boost strength, stamina, and raw power when used for sheer performance enhancement. Today’s Masteron is available in an injectable serum, and pill form, they are created by underground labs and may not offer much in the way of potency due to their low bioavailability.

Men and women alike can use Masteron with positive effects. It should be noted that virilization is a possibility for women, and both sexes may experience a host of side effects if it is not used carefully. Dosage plays a vital role in this, so it is important to know how much you can safely use to help you reach your goals. The chart below shows average and maximum doses for both men and women, noting the fact that women can use Propionate to facilitate lean gains.

*Masteron is not recommended for men’s bulking cycles as it does not facilitate protein synthesis enough to build much lean mass.

It may assist beginners by adding up to five pounds of lean mass during a cycle, though this will not be the case for anyone who is experienced with anabolic steroids. Furthermore, while a dose of 100mg each week may be tolerable for some women, it is important to note that a dose this high can cause virilization symptoms. Women should watch closely for these side effects and discontinue Masteron use immediately if they experience them.

The side effects will vary from person to person, and they will also vary based on your dose, your choice of stacks, and your cycle length. The best way to avoid side effects, then, is to use this compound responsibly according to proper dosage and cycle recommendations. It is not hepatotoxic, so there is no need to fear liver damage with Masteron. Though side effects do not include any of an estrogenic nature, it may cause androgenic side effects ranging from mild to severe.

These include oily skin and acne, mood swings, changes in libido, and even accelerated male-pattern baldness in those who are genetically predisposed. Even women can experience hair loss in this manner, so those concerned about thinning hair may not want to use it. Before you buy Masteron, make sure you’ve had a recent physical, complete with lab tests. This compound can tremendously impact your cholesterol levels and quickly worsen your lipid profile. If you have high cholesterol, Masteron is best avoided. Even if you are otherwise healthy, it is vital that you consider your cholesterol levels and manage them appropriately through a healthy diet that contains plenty of fatty acids.

In women, a high dosage can lead to symptoms of virilization. These include things like excessive body hair growth, Adam’s Apple development, a deepening voice, and clitoral enlargement. Many of these side effects are permanent and can only be reversed surgically, so women who experience them should immediately stop using Masteron and seek medical treatment. Women who have experienced virilization with other steroids in the past should not use. 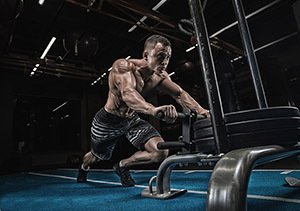 Most experts agree that stacking is done with the intention of using it for six to eight weeks. Bear in mind that your entire cycle may last longer than this; you will simply incorporate Masteron into a stack and use Masteron for up to eight weeks. Masteron stacks well with a variety of other steroids, and because it acts as an anti-estrogen, Gyno is not a concern. Though you will not need an Anti-Estrogen compound if you’re using a Masteron only cycle, you may need to add something like Arimidex (an aromatase inhibitor) to your stack if you are using a steroid that is known for a high rate of estrogen conversion.

Some of the best stacks for men include Anadrol and Testosterone, though because the latter two convert to estrogen at a high rate, you should also stack them with Arimidex for safety. If you want a more powerful stack, consider Trenbolone, Testosterone, and Winstrol in your cycle, and again, be sure to use an aromatase inhibitor.

A more advanced stack may incorporate many compounds, including Testosterone, Winstrol, HGH, and even NPP, or nandrolone phenylpropionate, which is very similar to Deca Durabolin but has a much longer ester. Only the most advanced steroid users should attempt such a stack because the risk of side effects is quite high. With proper use, timing, and dosage, though, it can lead to phenomenal results.

In planning a cycle, when you go to buy Masteron, be sure that you also purchase the compounds you will need to get through your cycle safely and responsibly. For men, these may include testosterone, aromatase inhibitors, and SERMs, which you will need later for your post-cycle therapy. For women, there is no need to look for anything outside of Masteron; as PCT is not an issue.

Beginners Masteron cycles should be a simple Testosterone – Masteron cycle. This will give you some indication as to how your body will respond. A Test Stack would consist of something like 350mg of testosterone each week alongside 350mg of Masteron each week, and it’s possible to gradually increase the dosage by 50mg a week to discover your personal tolerance. A more intermediate cycle would look something like this:

With this cycle, you would use several different steroids to help you achieve your goals. Adding Winstrol at the end will enhance muscle definition and hardness just before a Competition, as well.

When men use anabolic steroids of any kind, PCT is a requirement in almost every case. When you buy Masteron, you should also be sure to buy compounds called SERMs, or Selective Estrogen Receptor Modulators. These drugs are designed to help kick-start your body’s natural testosterone production post-cycle, which not only helps you ward off the symptoms of low-T, but also helps prevent too much estrogen from binding to its receptors.

Drostanolone is the generic name behind several compounds including Masteron, Drolban, Masteril, and Metormon. Of these, Masteron is still the most well-known.

This is a very common question. Some underground laboratories may formulate oral Masteron in pill or capsule form, but you should be aware that the injectable version is far more bioavailable, which means it will provide you with better results. Pharmaceutical companies do not make oral versions of drostanolone in either the enanthate or propionate esters.

How often should I take Masteron?

Most of the Masteron for sale these days is attached to a propionate ester, and this gives it a half-life of roughly two days. For this reason, you should inject at least every other day, and you may experience even better results if you choose to inject it daily, instead. The choice is up to you. On the other hand, if you buy Masteron with an enanthate ester, the half-life is about five days. With that in mind, twice-weekly injections are acceptable as long as you try to space those injections evenly.

How do I buy Masteron safely?

Like many other anabolic steroids, you cannot buy without a prescription in most countries. This includes the United Kingdom and the United States, among others. Some people buy online despite the potential legal implications, so be sure to consider these risks before making a decision of your own. What’s more, there are others who will travel to countries where steroids are legal – such as Thailand or Mexico – to buy over-the-counter in pharmacies and drug stores. It is best to remain in these countries to complete your cycle as smuggling it over the border may have serious legal consequences.

Where can I find Masteron for sale?

If you have a prescription, you can buy Masteron in pharmacies across the country. However, it should be noted that it is very difficult to obtain a prescription. Even though it is still FDA approved for the treatment of certain medical conditions, doctors do not prescribe it since there are other medications that can provide the same results (in a medical sense) without the same risk of side effects.  As such, most people turn to the internet for Masteron, and still, others buy on the street. If you choose either option, be aware that counterfeit products do exist, and you should consider your safety above all else.

Is Masteron suitable for beginners?

It’s is quite mild when compared to other anabolic steroids, which makes it suitable for beginners – both men and women alike. As always, men should pair Masteron with testosterone and gradually increase the dosage of each to determine their personal tolerance. Women should use a Masteron only cycle at first, starting with a very low dose and increasing it just slightly with each injection to discover their tolerance levels.